The Australia Post Back to School catalogue has been delivered and, once again, we have government owned retail shops leveraging their protected status to chase business that otherwise could / should go to private enterprise, including local small business retailers like newsagents. 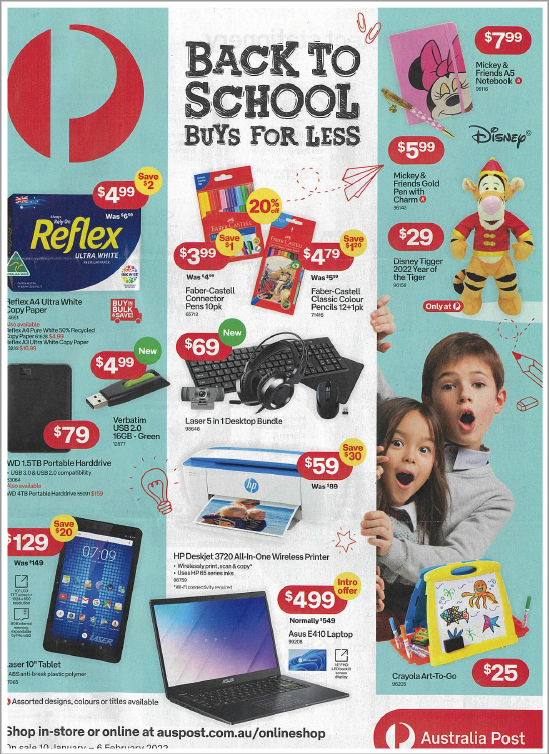 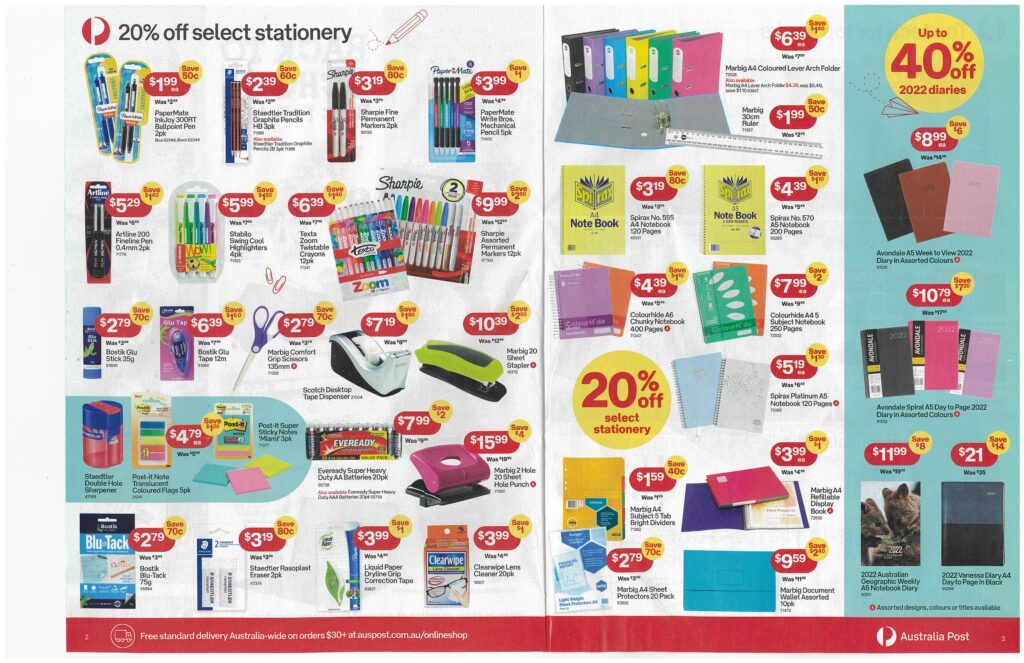 Any politician who cares for local small business would try and do something about this issue. But, as we have seen for decades in Australia, they won’t.

I first started writing at this Newsagency Blog about the issue in 2006. back then, I had a government owned Post Office directly opposite my business, in a Melbourne shopping centre. Here is one of my posts from then:

IS SIR HUMPHREY APPLEBY WORKING FOR THE GOVERNMENT?

On September 26 I wrote to, among others, Federal Minister for Small Business, Fran Bailey about Australia Post and the unfair advantage their Government-owned Australia Post stores had and how they were specifically targeting small businesses, specifically newsagencies. In my letter I said, in part:

Australia Post is our drought. For many years now it has been draining newsagencies of revenue.

Yesterday, I received this reply from the Minister. While I appreciate the response, it is meaningless. The letter says, in part:

The Australian Government recognises the importance of newsagencies in our communities and is committed to creating a fair trading environment for all small businesses.

It also makes the claim that Australia Post is permitted to:

â€¦carry on any business or activity that is incidental or relates to the supply of postal services.

This morning I have responded with this letter to the Minister. How can the Government consider Music CDs, Chess sets, Radios, Puzzles and Cookbooks to meet the criteria under the Act? Why will the Government not take steps to have the Australia Post breach of its obligations under the Act investigated?

The Government is conflicted beyond its ownership and regulation of Australia Post. As my letter to the Minister today says:

For decades, newsagents were profitable while they had a monopoly on the distribution of newspapers and magazines. In 1999 the Government facilitated the deregulation of the distribution of newspapers and magazines. As we have lost the benefits of exclusive traffic as a result of this deregulation, Australia Post has increased its range of newsagent type lines and thereby very successfully leveraged its continued exclusivity to more effectively compete with us.

I am not calling for a wind-back of newspaper and magazine deregulation. Rather, I am calling for the Government to get out of the business of competing with independent small business.

I was in a Government owned Post Office yesterday and was confronted with a big display of plush product – soft toys. Where in the Act are provisions permitting Australia Post to enter the soft toy space? Their entry into this category this Christmas season will affect sales in my newsagency.

I am disappointed that the Government will not even for a moment contemplate that they are wrong on this and that the actions of their Corporation are harming a small business channel which is vital to the community.

Yes, Sir Humphrey Appleby is alive and well and writing letters for the Government.

I suspect the only time the federal government will exit owning and running shops through Australia Post is when they can make a chunk of money selling the retail shops to some big business mate.